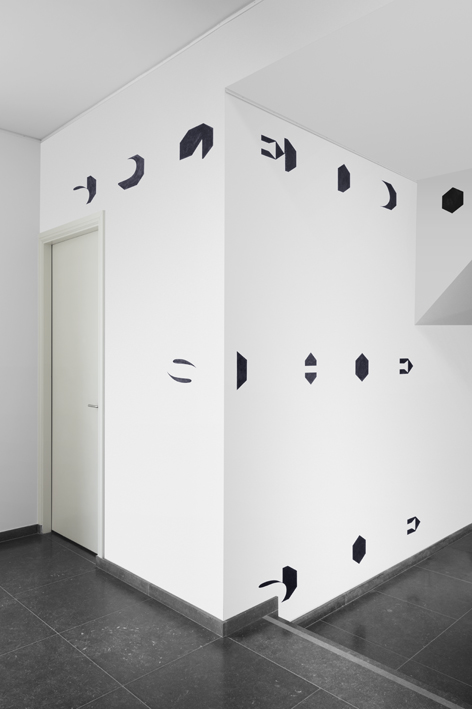 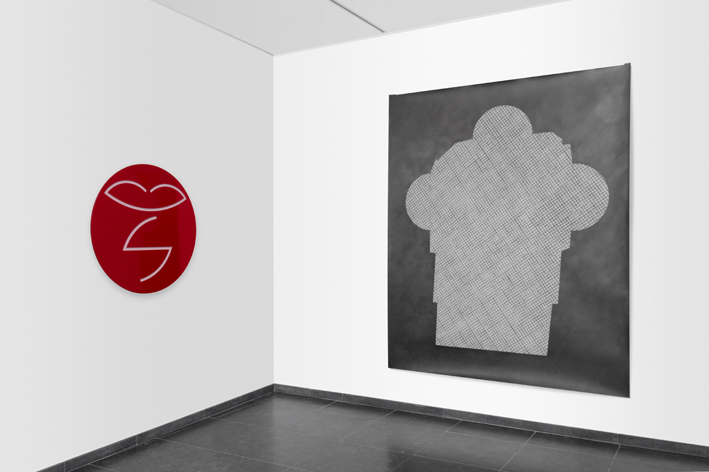 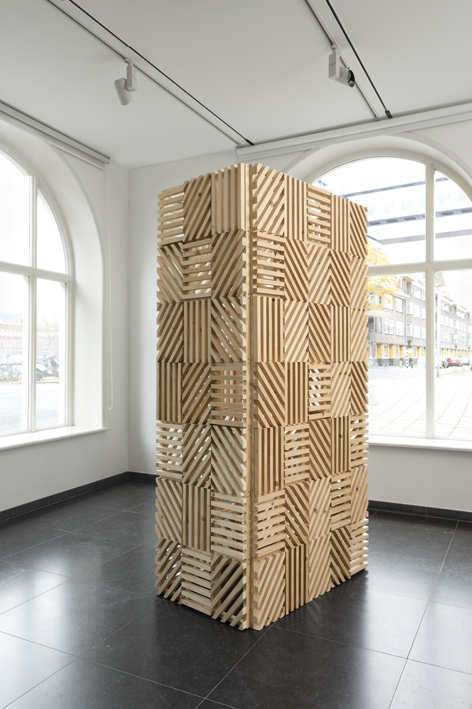 Bernadet ten Hove has invited Ton Mars and Frank Sciarone to produce a joint exhibition. In the exhibition ‘White Radiance’ they deal with the notion ‘autonomy’.

Bernadet ten Hove considers the principle of autonomy to have great significance as a source of imagination and key to free thinking, particularly in the current neoliberal climate. Ten Hove shows, for instance, the phonetic sculpture IMPLOSION in Wide Latin: congealed matter from aluminum molds that have been crumpled due to a single cause. Silent sculptures, extracted language.

Until the year 2000 the work of Bernadet ten Hove could be called object-oriented. This resulted in series such as the ‘Chip-Controlled Cameras’ (related to the pivotal point in a transition from mechanics to digitalization), ‘MDF Snaphots’ and ‘Hamerslag Volumes’. After that she wished to focus on man or on ‘being human’. That complicated topic required an in-depth view and an appropriate form. Following a lengthy period of exploration, the first works of the series ‘Present Presence’ were produced. This series of ‘faces’ is based on existing portraits, but the characters are removed from their original contexts of ‘people with status’. Their ‘prominence’ is now articulated according to entirely different criteria.
Another series, which she has developed since 2010, is called ‘Phonetic Sculptures’. Here the abstract basis of her approach becomes more pronounced. The generally small wall pieces, involving multiple parts cast in aluminum molds that are formed by the artist in a single action, are a portrayal of spoken language.

Universal visual principles are a concern of Frank Sciarone. He relates them to form: meaning and form, abstraction and form, figuration and form, autonomy and form, a lack of focus and form, and so on. Each form has a position in space; space is the support, both for the work and for the viewer. Sciarone’s work pivots precisely on that point. The work of Sciarone focuses on the complexity of the notion of space and the relationship between space and the work of art. His intuitive, meticulous treatment and placement of volumes is reminiscent of space as a notion of harmony and meaning in classical architecture.
Architecture has always interested him. He is frequently asked to advise on landscape and urban development issues. In addition to this he designs furniture.

Ton Mars was one of the founders and organizers of the artists’ initiative ‘De Zaak’ and ‘Drukwerk en Zaak’ in Groningen. During the early 1980s he produced small oil paintings based on his initials. Since then he has developed an abstract and, gradually, geometrically more austere language of forms. As the sculptural character of the paintings becomes more explicit, he reduces his geometric language of forms to a linear language of drawing in straight and curved lines. When he metaphorically links his linear language of drawing to the syntax or structure of language, new expressive possibilities arise for his thought process.
Writings referred to as ‘Hermetica’ also make up part of his universe. This universe attests, as a model of the world, to a labyrinthine and disruptive mind. He dismantles the conventional relationship between symbol and meaning. Image and word acquire coherence but also exist independently, retaining separate value and meaning.
Ton Mars joins images and language in his paintings and drawings. The combination of his linear language of drawing, in straight lines, and curved lines that have the structure of letters yields works in which image and language are bound together in a nearly endless metamorphosis. His work takes the viewer to the common origins of the two conveyors of meaning.

In the publication ‘White Radiance’, each of the artists has composed their own section. Alongside an overview of the exhibition, the publication contains work that is not displayed at De Ketelfactory, forming a valuable supplement to the exhibition.
From the introduction by Winnie Teschmacher: “To ensure a decent approach to the project, the artists decided to have a series of meetings. I quote Bernadet: “The three of us held a number of exploratory meetings, the “Schimmelpenninckhuys meetings” (named after a hotel/restaurant in Groningen), during which we illustrated our approaches to one another. As an overall aim, I questioned to what extent an actualised relationship to the concept of autonomy would be possible on the platform of De Ketelfactory. Given that each work of art distinguishes itself amongst all of the man-made objects as an ultimate manifestation, a ‘super-thing’ with a wide immaterial range, we wanted to display it in that autonomous position. The exhibition as a playing field of profoundness.”
order