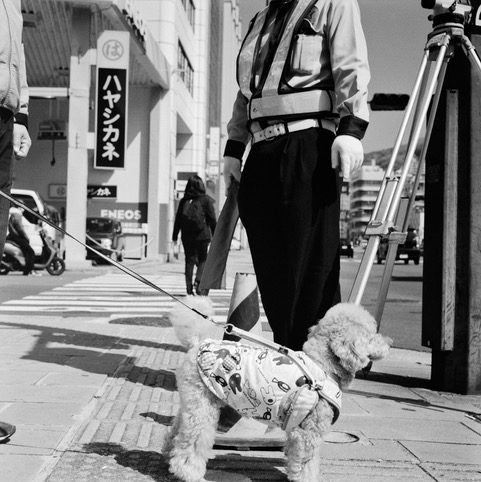 Authority from admiration or fear 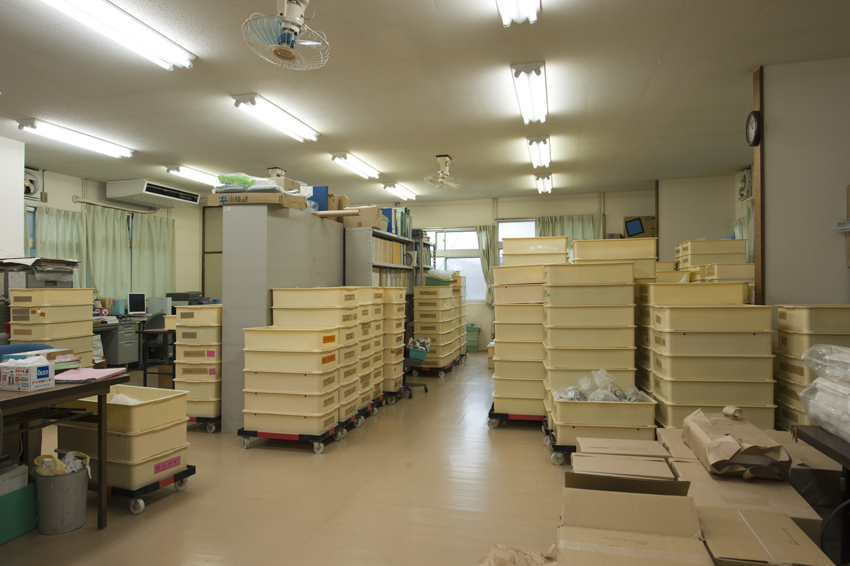 When does fact turn to fiction, past to present, imagination to concrete matter? It is the thread through the panoramic oeuvre of photographer Guus Rijven (The Hague, 1947). Over the past years, Rijven has been travelling to Nagasaki, Japan, for a major research project. There, at times as a strolling street photographer, at other times as a conceptual artist, he explored the ties between the modern city and the artifical isle of Deshima, which, for centuries, served as the only gap through which knowledge and riches could flow from hermetically sealed feudal Japan.

The dragon of the white is a solo exhibition by a photographer with a sharp eye for the moment and for detail, who does not shy away from the mystery of what was, is and shall become.
Rijven has also documented, as factually as possible, depots at museums in Nagasaki, Leiden and The Hague, containing that which was excavated from the soil of Deshima as well as what the Dutch tradesmen brought home with them in terms of ‘depots’ during the seventeenth century. So ensues a collection of testimonials and sometimes clashing rest fragments, the combination of which form something complete and new.

digital distillation Sum of the Parts

We intended to have an afternoon of lectures and music in a theater hall. Due to Covid-19 we had to switch to a digital and literal version of this distillation: four videos to enjoy at home. The aim of all Distillations is to bring depth to the exhibition in De Ketelfactory. This deepening is partly brought about by the content of such a day, but also by being together and the exchange of questions and stories.

The planned program was literally divided into four and sent to the participants in four links. Because we could all use some beauty and enlightening in this challenging year, we released all videos during the December months. You will find them below.
What is there to see? First of all, the introduction by Guus Rijven and Winnie Teschmacher with the video portrait of Guus Rijven made by Kim Everdine Zeegers. The second video is the lecture by Daan Kok of the Museum of Ethnology: he will tell you everything about the exciting restoration of the Keiga folding screen. Then Stan Rijven will treat you in the third lecture to gems of polyphony from world music. Finally, Frits Gierstberg of the Photo Museum will take you on a tour along Guus Rijven’s work in the fourth lecture. Those three digital lectures are decorated with videos, music from Rumorosamente.

The booklet dragon of the white, will be published to complement the exhibition, containing three image stories and an accompanying text by Guus Rijven as well as an essay by Matthi Forrer, advisor to the city of Nagasaki for the reconstruction of Deshima. The publication is available in two languages (Dutch and English).
order