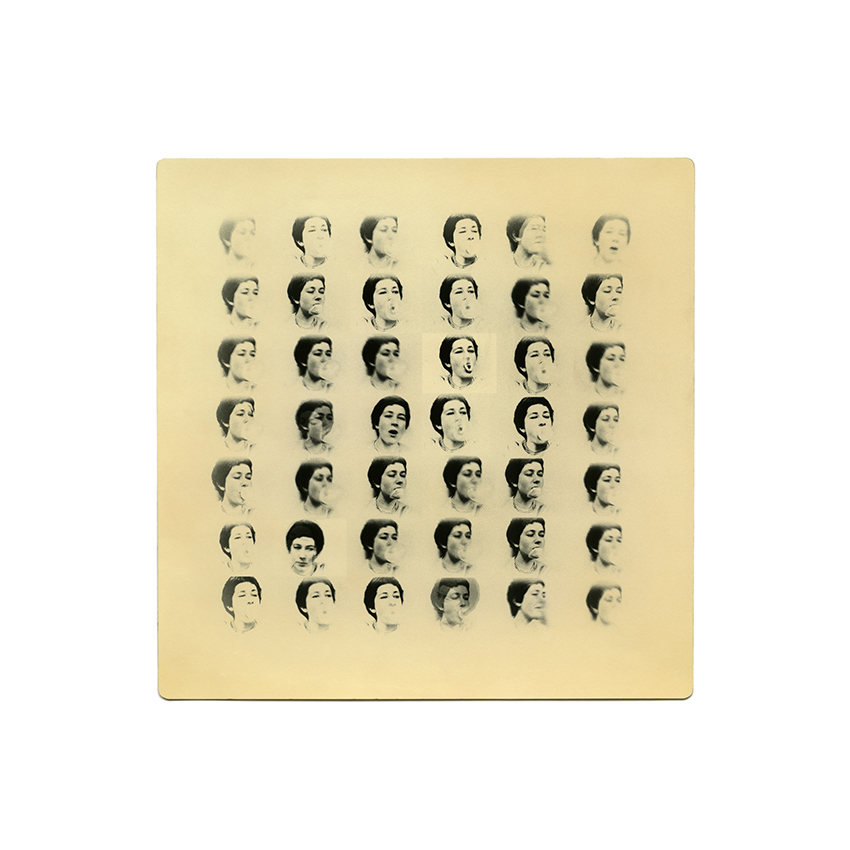 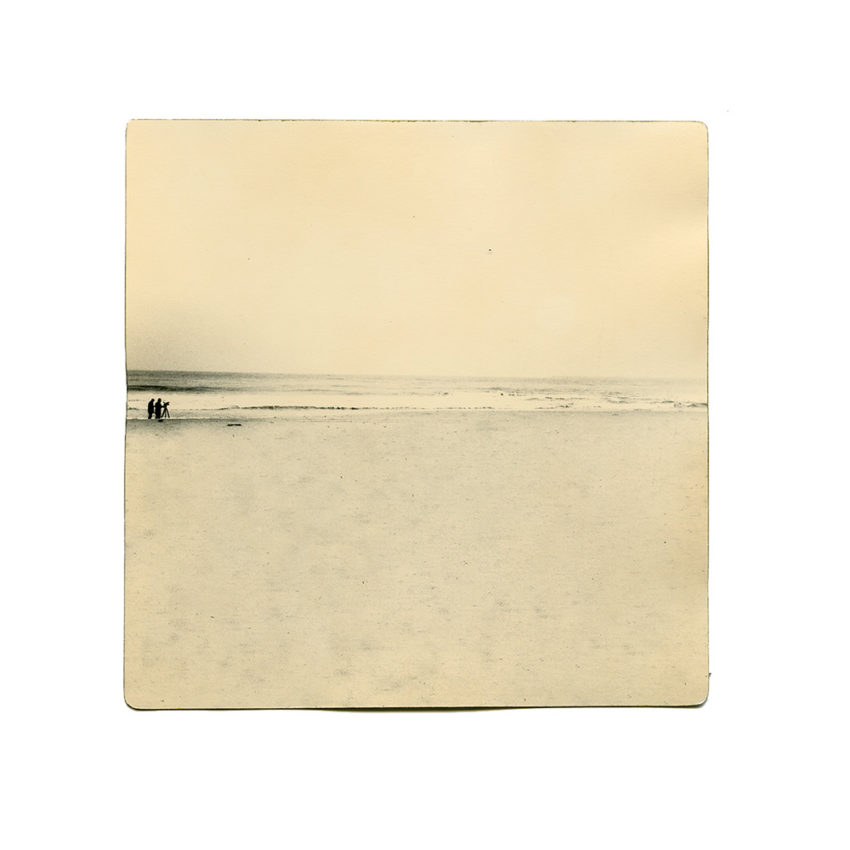 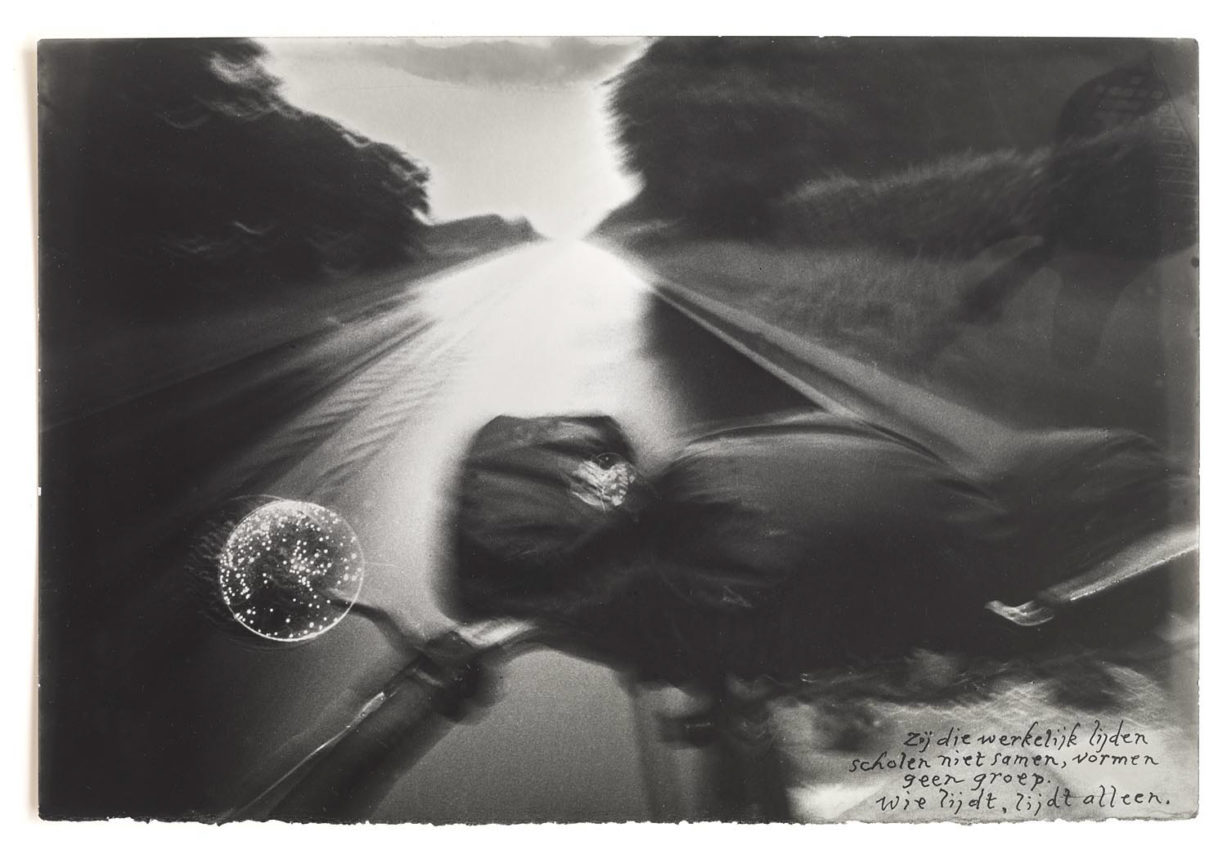 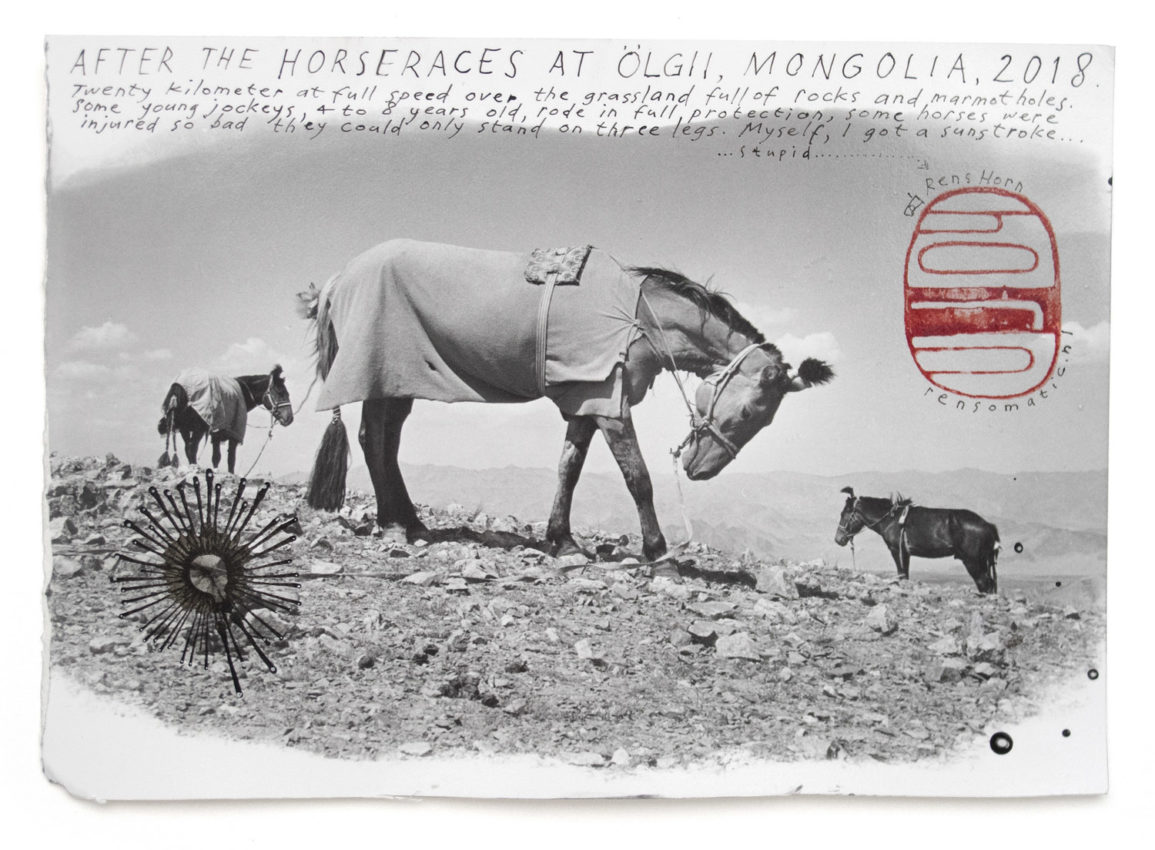 Photographers Miho Kajioka and Rens Horn first meet at a poetic exhibition in which time and travel are the central themes.

Miho Kajioka (born 1973, Japan, lives in Kyoto) studied fine art in the United States and Canada and started her career as a journalist in her native country Japan. It was after the 2011 earthquake and tsunami that Kajioka was reconnected to her photographic art. Two months after the disaster, while reporting in the coastal city of Kamaishi, where over 800 people died, she found roses blooming beside a blasted building. That mixture of grace and ruin made her think of a Japanese poem:

In the spring, cherry blossoms,
In the summer the cuckoo,
In autumn the moon, and in
Winter the snow, clear, cold.

Written by the Zen monk Dogen, the poem describes the fleeting, fragile beauty of the changing seasons. The roses Kajioka saw in Kamaishi bloomed simply because it was spring. That beautiful and uncomplicated statement, made by roses in the midst of ruin, impressed her, and returned her to photography.

The photos presented, span Kajioka’s adulthood, including pictures she took while living abroad, as well as scenes she captured in Japan after the disaster. The little pictures of a flower, or a running boy, are scenes from daily life, as it is. These fragments of her life, from various periods and against changing backdrops, are not so different from each other, and the differences that remain aren’t important. Happiness, sadness, beauty and tragedy only exist in our minds. Things are just as they are.

Since 2013 Kajioka’s work has been exhibited in France, the Netherlands, Colombia, the United Kingdom, Italy, Germany and Spain.

On October 17, Miho received the prestigious Prix Nadar for her latest photo album ‘so it goes’. For sale at De Ketelfactory for € 95.

Rens Horn shows with his photography intriguing, poetic and intimate images. He mainly photographs during his many voyages, and road trips with his motorcycle. Some prints are frayed; sometimes parts of the print are not developed. These properties draw attention to the process of making them.

Rens Horn stands out with the imaginative language he has developed in his work. He prefers to work in the darkroom in his studio with analogue techniques. For him, analogue photography is magical. By manipulating the chemical processes, he experiments with the limits of analogue technology. He works with different types of photographic paper, sometimes very rare, and processes the photos in the darkroom to achieve remarkable results. Every photograph is a work on its own. In addition to the print, the process of making is also visible in the frames that he often makes himself. After printing the photo, he adds texts, newspaper clippings or other elements to the print. These texts, by himself or by well-known writers and scholars, emphasize the poetry of the image; they create space to reflect and add a variety of meanings to the image. “But ultimately,” he emphasizes, “looking itself is the most important thing.”

Sunday 1 December, 14.00-18.00 hrs.
We start the afternoon at 2 pm in De Ketelfactory with the video portrait of Miho Kajioka made by Kim Everdine Zeegers, followed by a lecture by Frits Gierstberg, curator of the Nederlands Fotomuseum. He will shed his light on the importance of photographic publications. After the break we will view Rens Horn‘s video portrait, after which writer and artist Florette Dijkstra will read relevant work from her latest book “Rumoer”. After viewing the ”time    travel‘ exhibition, we move on to the Fenix ​​Music Factory in Rotterdam where we will be given an introduction by piano builder  Henk Hupkes. We end the day with a piano concert by Jeroen van Vliet. Afterwards, around 5.30pm, we will convene for a chat and some light refreshments.

The exhibition is accompanied by the publication time travel.
order